This post will be a throwaway for many, but (I hope) valuable for a few. Self-explanatory.

A portrait, oil on canvas, of Charley Mudge and his sister Fanny Olive as children. 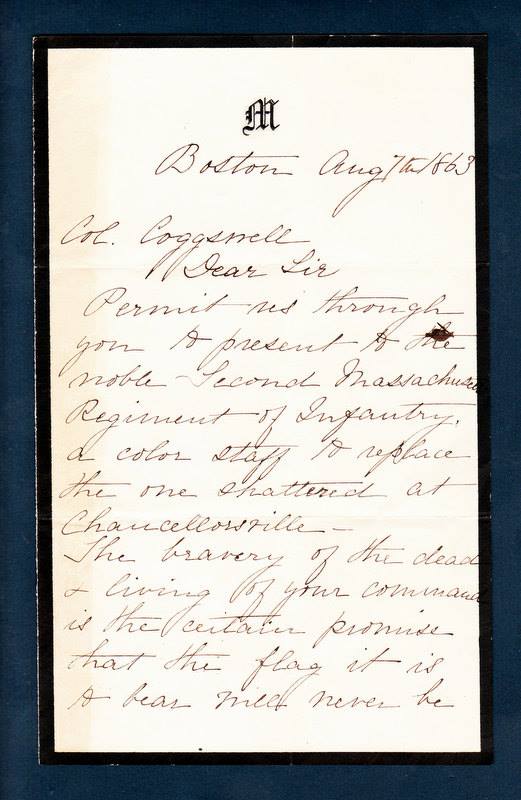 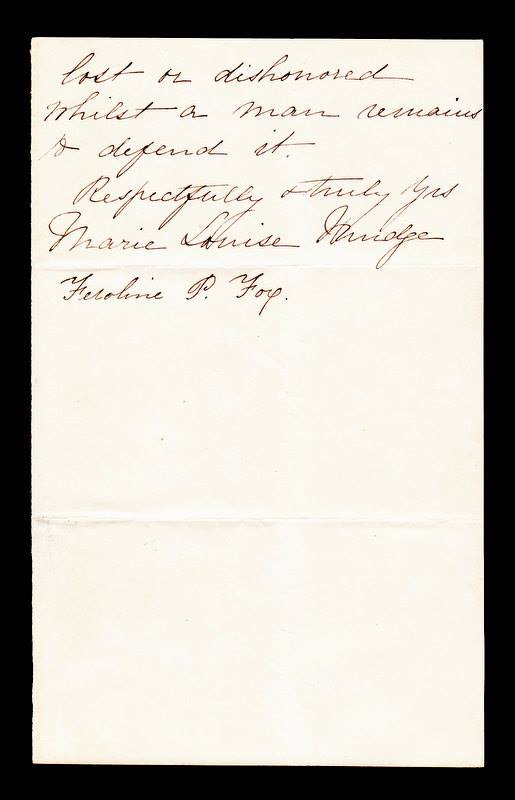 In the aftermath of her brother’s death, Mrs. Marie Louise Mudge wrote on black-outlined mourning stationary to Col. Cogswell of the Second Mass. Infantry to donate a color staff. The letter is also signed by the wife of the Adjutant John A. Fox.

Col. Coggswell,
Dear Sir,
Permit us through you to present to the noble Second Massachusetts Regiment of Infantry, a Color Staff to replace the one shattered at Chancellorsville.
The bravery of the dead & living of your Command is the certain promise that the flag it is to bear will never be lost or dishonored whilst a man remains to defend it.

The sword measures 36″ overall with a 30 1/4″ slightly curved, single-edged blade having wide and narrow fullers and 2/3 length etched panels. The blade has a mottled bright patina with areas of dark freckling at the tip and a dark area on the obverse forte. The reverse forte has been acid etched post war in clear script:

The brass hilt has an overall mustard-brown patina with spots of ruddy tarnish on the pommel and light wear on the shagreen grip with intact braided wire wrap. The leather scabbard is heavily crazed but intact while the brass furniture has a patina that matches that of the hilt. The chape has numerous small dents and is engraved on the reverse with the same text etched onto the blade. A pair of brass hanger clips and three gilt brass uniform buttons (two Mass. militia and one U.S. eagle) are included.