Capt. Elishama Brandegee (1754-1832) lived a productive and event-filled life, but not a great deal is known about him.

A veteran of the Battle of Bunker Hill, he was also a member of the ill-fated Quebec expedition and consequently a POW held by the British. All of which leads me to believe he must have known Col. Timothy Bigelow, but that idea – of ancestors, not yet connected through marriage, who met each other simply in the course of their lives – will be the subject of a later post. After the war (I presume it was after the war and not before), Brandegee was active in the West Indies trade.

Here below are two nearly identical accounts of his life, placed side by side to highlight the few differences between them.

I wish I could write more. 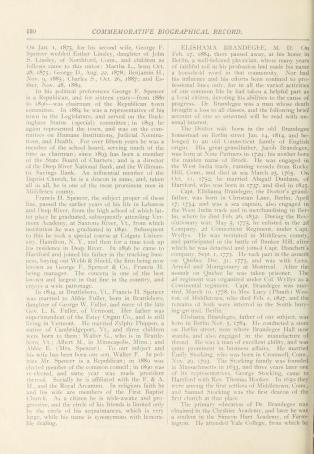 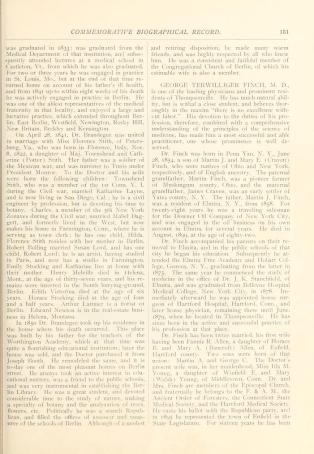 Commemorative biographical record of Hartford County, Connecticut : containing biographical sketches of prominent and representative citizens, and of many of the early settled families

Capt. Elishama Brandegee, the Doctor’s grandfather, was born in Christian Lane, Berlin, April 17. 1754. During the Revolutionary war, May 5, 1775. he enlisted in the 2d Company, 2d Connecticut Regiment, under Capt. Wyllys. He was recruited in Middlesex county, and participated in the battle of Bunker Hill, after which he was detached and joined Capt. Hanchett’s company, Sept. 1. 1775. He took part in the assault on Quebec Dec. 31, 1775, and was with Gens. Arnold and Montgomery at Montreal. After the assault on Quebec he was taken prisoner. The 2d regiment was organized under Col. Wyllys as a Continental regiment.

…He was also] a sea captain…engaged in the West India trade and in merchandising in Berlin, where he died Feb. 26, 1832.

Elishama Brandegee, son of Jacob Brandegee, was born in Berlin, Connecticut, April 17, 1754. He was a soldier in the Revolution, enlisting in the Second Company, under Captain Wyllys. He was recruited in Middlesex county, and took part in the battle of Bunker Hill, after which he was detached and assigned to Captain Hanchett’s company, September 1 1775, taking part in the Arnold expedition against Canada. After the assault on Quebec he was taken prisoner. The Second Regiment was organized under Colonel Wyllys as a continental regiment.

…[He was also] a sea captain…engaged in the West India trade and had a store at Berlin.