If I had to pick a single ancestor whose life trajectory I most admire, it would have to be this man. As a youth, he volunteered for and fought in the French and Indian War. In his young adulthood, he was a respected surgeon. And from the middle of his life to the end, he was a beloved minister. That, to me, is the trifecta of use to one’s community; offering at each distinct stage of his passage through this world what he best had to give.

If these next few posts can encourage in others a fraction of the respect I feel for him, and help to keep his name and his example alive, I’ll view this site as having been worth the time.

A relic of the military service of Rev. Jonathan French, in this war, has been found among his papers, in possession of his descendants at Andover, — an Almanac which has his name and “Castle William” written on it. It is for the year 1761. It contains the following verses on the victories of our arms, which, no doubt, thrilled the sensibilities of the then Sergeant French : —

“How shall my muse in proper lines express Our Northern Armies Valour and Success? While I am writing comes the joyful news Which cheers my heart anew inspires my muse. Our three brave armies at Montreal meet, A conquest of New France they three compleat. To God we owe the Triumphs of the Day ; New France submits to George’s gentle sway. May Lewis that proud tyrant never more. Bear any rule upon this northern shore !”

The day of the Battle of Bunker Hill and the night which followed, were full of terrible anxiety and suspense to the friends trembling for the fate of their kindred and townsfolk. From the high hills they strained their eyes to catch a glimpse of coming messengers, and watched the lurid fires of the burning city stream up on the horizon, while the incessant booming of the cannon made even stout hearts quail and all tremble for the fate of friends on the battle-field.

The next day was the Sabbath; but who could sit down in the meeting-house and listen to sermons, or compose his mind for the duty of public prayer, however devout he might be! Concerning the state of things, the pastor of the South Church, the Rev. Jonathan French, writes: —

“Our houses of public worship were generally shut up. It was the case here. When the news of the battle reached us, the anxiety and distress of wives and children, of parents, of brothers, sisters, and friends was great. It was not known who were among the slain or living, the wounded or the well. It was thought justifiable for us who could to repair to the camp to know the circumstances, to join in the defence of the country and prevent the enemy from pushing the advantages they had gained, and to afford comfort and relief to our suffering brethren and friends.”

With surgical instruments, for he was a practical surgeon, and musket, for he was a trained soldier, and Bible, as became his profession, the Rev. Dr. French made his Sabbath day’s journey to the camp, and rendered valuable aid there in ministering to the wounded and the dying.

Contemporary with the latter part of Mr. Symmes’s ministry was that of the Rev. Jonathan French, in the South Parish, 1772 to 1809. Mr. French was born at Braintree, January 30, 1740. He was of the Pilgrim stock, his mother being a great-granddaughter of John Alden. Bred on a farm, he at seventeen enlisted as a private in the French War, and was sent to Fort Edward. Thence, after a few months, he came back to Boston on account of ill health, but not without having done some valorous deeds in Indian fighting. He was stationed at Castle William, with the rank of Sergeant. Fond of books, he took to studying medicine here and practised surgery, but finally, by advice of friends who discovered his talent, he resolved to enter the ministry, and to that end set about fitting for college while still doing military duty. This he accomplished, and delivered up his sword only on the day when he entered a Freshman at Harvard. He was then twenty-seven years old. He graduated at the age of thirty-one. He had intended to be a missionary to the Indians (perhaps from compunctions derived from his experience and observation in the Indian fighting by Christians), but his plans were changed by his receiving a call to supply the pulpit of the South Church at Andover. This was given through the influence of Samuel Phillips, Jr., Esq., a classmate in college of Mr. French, with whom he had formed a warm friendship. At the age of thirty-two Mr. French began his pastorate, which continued thirty-seven years. He was an acceptable preacher in the parish. Less nice than his predecessor had been about fine points of doctrine, he sought rather to exercise his people in practical virtues than in subtleties of speculation, or than to ground them in doctrine. He was, therefore, by some suspected of being not quite sound in the faith. He, however, was a diligent catechist of the children, and visited the schools often to see that the duty of learning the catechism was not neglected.

An active participant in town affairs, a zealous patriot, and a promoter of every proper measure of Revolutionary tendency, he showed even in his peaceful profession his military training and ardor. In this respect he differed from the minister of the North Parish, who was “conservative” (to a fault, some people thought), but who, after the struggle fairly began, seems to have been a patriot in his sympathies, although he regarded it as not a necessary part of a minister’s duty to take interest in political matters. But Parson French could not be inactive. On Sunday morning, when news of the battle of Bunker Hill came, he took no scrupulous counsel concerning Sabbath-breaking, but started for the battlefield with his musket in hand, and his case of surgeon’s implements and medicines, and, no doubt, as became a minister, with his Bible also. He rendered valuable aid that day, caring for the wounded and administering comfort and consolation, physical and spiritual.

Mr. French, like the other clergy of his day, had almost always in his family some young men as students, both those who were in the Academy and others who were preparing for the ministry. The charming pictures of an aged clergyman’s friendship for a boy, drawn by the author of “Wensley,” are, doubtless, derived from the reminiscences and traditions of the Hon. Josiah Quincy, told in his family regarding Parson French.

Mr. French’s home was noted for its hospitality, although frugal, as was necessary in the “hard times,” into which the country was brought after the war,

Mr. French married Abigail Richards, daughter of Dr. Benjamin Richards, of Weymouth. An incident of their courtship has been related to the writer by a granddaughter of Mr. French.

When he decided to study for the ministry, he was engaged to Miss Richards ; but, taking into consideration the long time which would elapse before his studies were finished and the changes that time might make, etc., they mutually released each other from their promise for seven years (so the tradition goes), but they agreed that if, at the expiration of that time, either wished to renew the engagement, he or she should communicate with the other. The years rolled round. Mr. French remained of the same mind, and wrote a letter to that effect to Miss Richards. He entrusted the letter to the captain of a coasting vessel to carry to Weymouth. It chanced that the captain was either a rejected suitor of Miss Richards or at the time an aspirant for her favor. A letter from the young minister to her was too much for his jealousy and curiosity. He broke the seal, read the letter, and threw it into the ocean. A brother of Miss Richards, while that day bathing in the surf, saw a paper floating on the water, secured it, and, to his amazement, found it to be addressed to his sister. Thus the lover’s letter reached its destination. The sequel we know.

In his household, Mr. French was often subjected to no small inconvenience by the neglect of the people to pay his salary, — he not having, as had the former pastor, means of his own. He was obliged, again and again, to expostulate with the parish in regard to their delinquency, and in doing this he sometimes showed no little shrewdness. It was customary to pay him partly in firewood, or rather to supply him with firewood. On the Sunday when he had read the proclamation for Thanksgiving, he remarked : “My brethren, you perceive that his Excellency has appointed next Thursday as the day of Thanksgiving, and, according to custom, it is my purpose to prepare two discourses for that occasion, provided I can write them without a fire.” He was enabled to write the sermons the next day.

The published discourses of Mr. French were nine sermons and lectures. [See below for six of these–LSL] 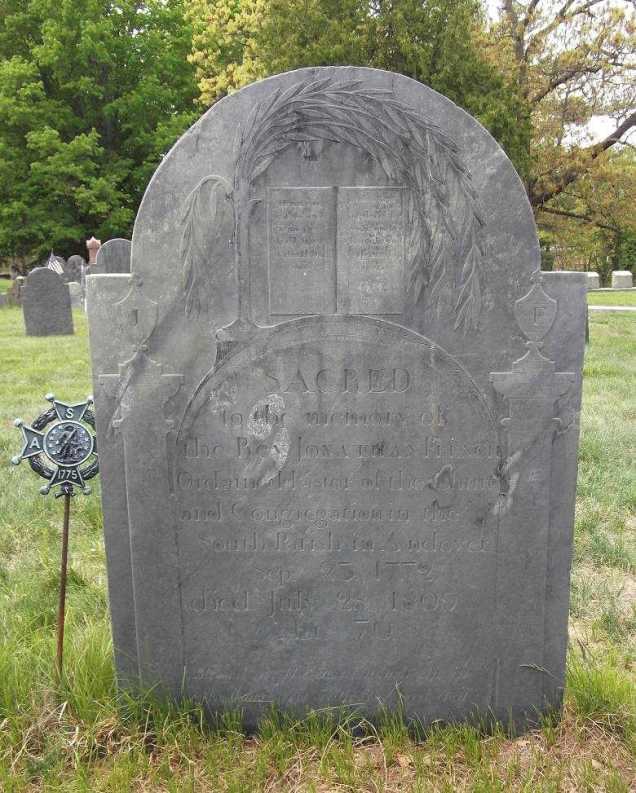 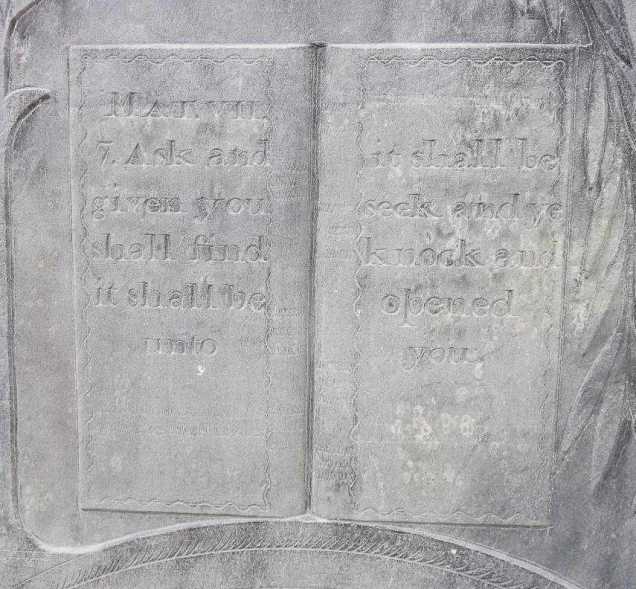