This, as you will see, is the very definition of a work in progress.

In sum, it is the best attempt on the parts of my cousin Elisha Lee and myself to reconstruct the family’s history from the point where the Transcript article leaves off to Howard T. Swain’s departure from Copake for Exeter, and from there for Boston.

The Swain family continued to live in the Hampton, NH and Hampton Falls, NH area until the late 1700’s, where we pick up the current trail.

The genealogy during this period is, at this point, conjecture. Once a generation or two is forgotten, you can’t say anything for sure. Certainty only reappears, as we go back from the present.

As of this writing we can go as far back as John Swain and Eunice Rogers Swett, residents of Hampton Falls, NH… THE remaining mystery is nailing down John Swain’s father, who may be either John Swain b. Jan 11, 1685, husband of Martha Tongue, or alternately, William Swain (IV), b. 1724, husband of Judith Gove. If the former, John would have been about 58, with a 37 yo 2nd wife when he had Levi. If the latter, he would have been younger, but that man has no dates. Once this link is established, we’ll know how to connect the entire line. On the whole, the evidence best suggests the John Swain / Martha Tongue option. 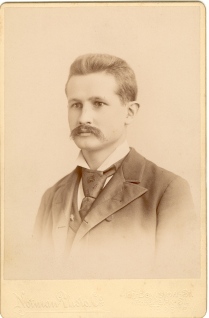 If you really made it through all that, you deserve a glass of wine, or maybe a shot of something stronger. Congratulations!

In closing, I’ll just say I know there is plenty of conjecture here. Lots of chances to be wrong, but we [Elisha and I] have given it what we have, and that will have to do.

If you happen to Google around, eventually you’ll find this… My guess is that it’s wrong, in that it shows Reuben as father of Levi, not John. But, I’m adding it all the same in case someone finds it later.

From  American Ancestry: Giving the Name and Descent, in the Male Line, of Americans Whose Ancestors Settled in the United States Previous to the Declaration of Independence, A.D. 1776, Volumes 1-2, p.123.